I is for Icing #atozchallenge2017

I've almost allowed the day to slip away without writing.  I'm falling asleep at the kitchen island as I write this so forgive me for any craziness.  I know I'm always nutty!!  Do you know about icing?  I LOVE icing.  Some people might call it frosting but here in Alabama, we say icing.  If you've never heard a southerner pronounce this word, it is sort of like ah' sin.  Our long I's don't always sound like a long I.  We have a tendency to drop the g at the end.  Why in the world am I talking about icing?  I've been participating in the A to Z April 2017 challenge - a letter a day (with rests on Sundays).  Today's letter is I.  As I'm sitting here, I'm thinking that I could have written about my kitchen island.  I love it.  Yes, I know I just said that I love icing and I love my island.  It is Holy Week and it is after 10:00 p.m. and my brain is fried!!  Back to icing, I love it so much that sometimes I eat JUST the icing and throw away the piece of cake!  My friend at work, Amy, loves the cake more than the icing so it is always a good thing for us to sit together at work functions . . .I give her my cake and she gives me part of her icing!!

Let me tell you a cute story about icing.  My nephews grew up . . .not in the south.  When our kids were younger, we took a lot of "whole family" vacations to the beach.  We always had an "unofficial" race to our checkpoints.  The first stop was at Durbin's in Clanton.  By then, someone had to go to the bathroom and we needed to buy peaches to take to the beach AND they serve great ice cream and fried pies.  On one vacation, one of our nephews went to the counter to order.  He was a younger teenager at that time.  A cute little southern girl was taking his order.  He ordered a Fried Peach Pie.  The girl asked, "would you like icin' on that pie?"  The uncles were nearby and heard this exchange and for the entire vacation teased our nephew about the cute southern girl asking him if he wanted icin' (pronounced Ah' sin) on his pie.  To this day, every once in a while, someone will say "do you want icin' on that pie?"  It is funny how a normal conversation can become fodder for a family joke. 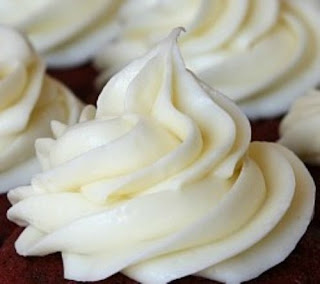 I also love the icing that we put on our German Chocolate Cake!  I evidently haven't made a German Chocolate cake in several years because I had a hard time finding a picture!!  This icing is like CANDY!  It is so yummy!! 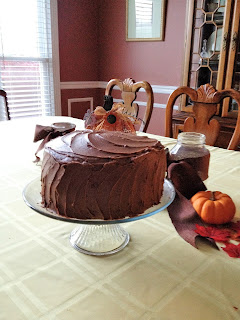 Do you say "icing" or "frosting"?  Do you enjoy the cake or the icing the most?  What is your favorite flavor?