Back in February, I tried to blog every single day (didn't quite make it but almost!).  I read about a challenge for the month of April - blogging from A - Z.  Thought I would at least give it a go.  So this morning, I started trying to think of "A" words that I might want to write about.  I was in Trader Joe's (love that store) and saw these apples and snapped a shot - A is for Apple, right?  I quickly realized that I couldn't write a whole blog post about apples.  I might be able to if I had just visited an apple orchard, etc. 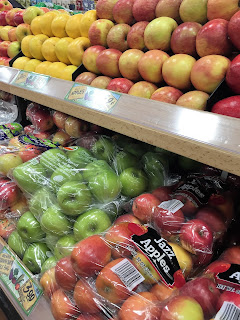 Still thinking about A-Z as I was checking out at Trader Joe's and I looked up and a bright light was shining through the window framing this sign.  Well, of course, I could write all day about Alabama.  I live here and love it! 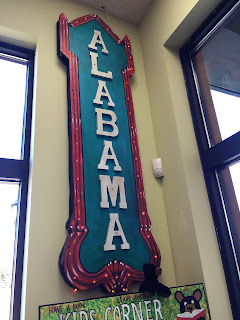 Our "welcome to Alabama" signs even proclaim - Alabama the Beautiful!  Many people have prejudices against Alabama - they think we are slow and backwards and racist among a million other things.  There probably are some people who fit that bill but many folks in Alabama are kind and caring, many who love ALL people, our climate is awesome, and people move here and never want to leave. 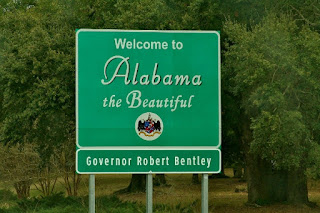 The wonderful thing about Alabama is we have a little bit of everything.  We have mountains (though I've seen some really big mountains and ours are much smaller!).  We have a town called Mentone (view from a deck below) man made snow is produced in the winter so there is the possibility of snow skiing in Alabama.  The highest point in Alabama is Mt. Cheaha (not pictured) with an elevation of 2.407 feet.   Cheaha is a Creek Indian word that means "high place." 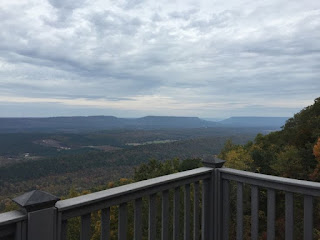 We have quaint downtown areas like this one in Madison, Alabama.  Many cities have refurbished their old downtown areas to attract tourists.  Madison is also home to a wonderful brewery.  We have amazing breweries in Alabama.  Just to name a few, we have Avondale Brewery, Good People Brewery, Old Black Bear Brewing Company (in Madison), Cahaba Brewing, Trim Tab Brewing, and Main Channel in Guntersville - and there are more!! 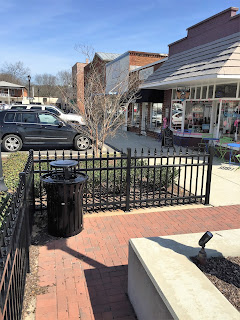 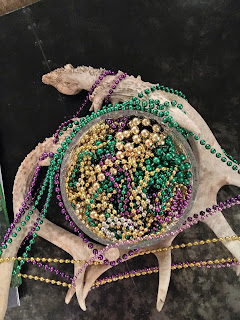 Many Civil  War battles were fought in Alabama and there are several reenactments every year in various locations.  You can often find really old cemeteries with unmarked graves and crosses like this one.  It is very interesting to walk around and read the dates of birth and death and to think of all the history that has happened since then. 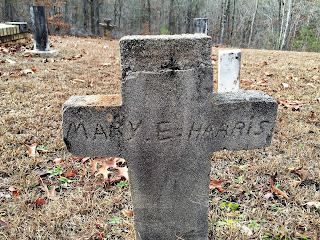 The climate in Alabama is quite nice.  I will be the first to admit that it can be miserable for a short time in the summer.  We have high humidity and warm temperatures especially in August BUT most of the year is spectacular.  This sunny day was back in January or February.  We have blue skies and plenty of sunshine.  We had a particularly warm winter this year - in January (in the greater Birmingham area) the average high was 61.7 and the average low was 43.4 (we have had some lows below freezing).  In August of 2016, average high was 91.8 and low was 74.7 (pretty warm in August). 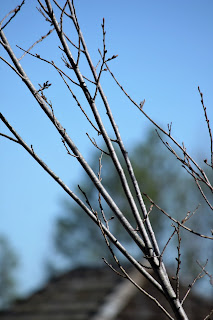 Our gulf coast is spectacular.  We have white sand beaches.  The sand is fine, not coarse.  The water temperature is comfortable for a large portion of the year.  I always hate to tell people about Orange Beach and Gulf Shores because I want to keep our beaches a hidden secret :-) 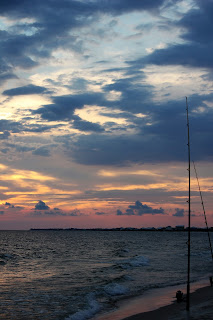 Fishing in Alabama is excellent - we offer lake fishing; deep sea fishing, private pond fishing; and fishing from the beach (and probably other ways, too!)  Our gulf seafood is some of the tastiest you will ever consume! 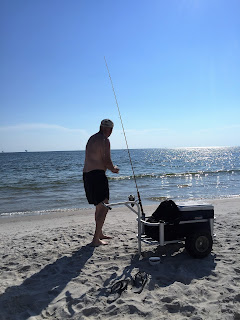 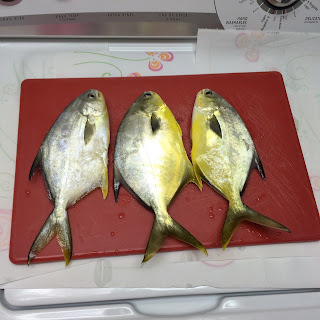 Last, but CERTAINLY not least, is our food.  Birmingham, especially, has become a foodie paradise.  We have some of the best restaurants.  Two of our famous restaurants are Highlands Bar and Grill, with owner and executive chef, Frank Stitt.  Restaurant and chef have claimed James Beard awards.  One of our favorites is Hot and Hot Fish Club with chef Chris Hastings, 2012 (I believe) Best Chef in the South James Beard award.

We have those restaurants but we also have places like Iron City Grill.  Look at those desserts below!!  There are meat and three restaurants and five star restaurants and everything in between and they all serve up some goodness!! 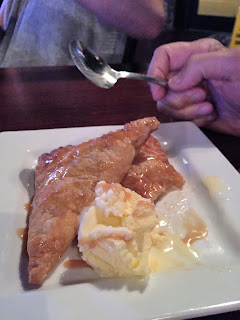 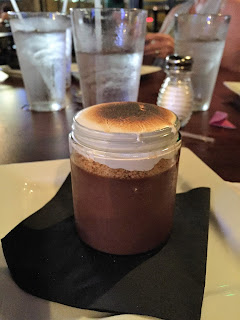 Alabama the Beautiful - she really is . . .in so many ways!!