Hot dog!  My title even rhymes!!!  Hope you all had a wonderful Christmas.  We began gathering at my mother-in-law's house in the afternoon on Christmas Eve.  All of our "kids" are grown (or almost grown) and I loved that they played games together.  They were playing some card game at this point. 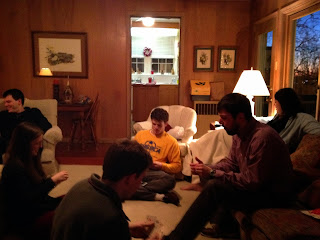 We all enjoyed our annual "eating of pizza on Christmas Eve" and then followed the pizza eating by attending Christmas Eve service at our church.  I love this service.  It begins at 7:00 p.m. and as you can see . . .the sanctuary is filled with people.  The youth choir (Cross and Flame Youth choir) sings at this service and we also had two soloists . . .one by a girl in the ninth grade . . .Colby . . .and she did an amazing job.  My all time favorite EVERY SINGLE year is O Holy Night sung by Scott Brooks.  Let me just tell you . . . .when he is singing, it feels like the Holy Spirit is "whushing" (I know that isn't a word but it describes what I want to say!!) through the sanctuary.  He is not a professionally trained singer . . .he is a church member whom God has gifted with an amazing voice.  He doesn't even read music. . . .but oh my goodness, can he ever sing!!!  Holy Communion (Lord's supper) is served.  Many years, I have been gifted with the awesome task of helping to serve but this year, I had a large boo boo on my foot.  (another post for another day)  As I knelt at the altar rail, our senior pastor, Andy, whispered "hop along" to me!!  I love attending a church where our senior pastor knows me and knows about my silly foot (yes, I am on staff BUT I think he would know it even if I wasn't).

At the very end of the service, we sing Silent Night.  When we reach the last verse, the organ and orchestra ceases . . . and everyone sings softly and we raise our candles to the New born King!  It is so incredibly powerful.  Just typing these words give me goosebumps!!!

This post is picture overload - YOU ARE WARNED!! All three of our "children" have birthdays in November so we get to do a lot of celebrating and we get to eat a lot of cake!! Our first celebration was for our wonderful daughter-in-law, Lauren.  We had everyone over for dinner and cake. 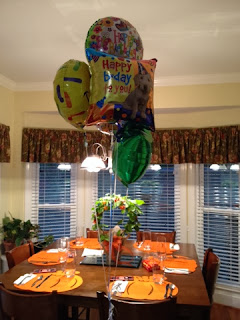 Lauren was hiding behind her pile of gifts!! 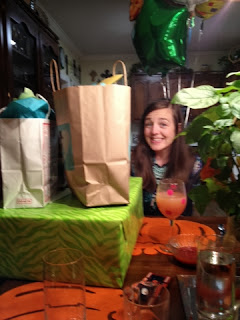 She was opening Glenn's gifts to her . . .and he had used her tissue paper party decorations as the tissue paper in her bags.  Pretty creative, if you ask me!!! 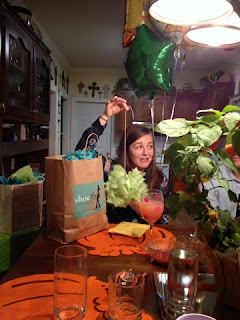 I swear, I think Lauren had an "Elliott" kind of birthday.  She got a pair of camouflage overalls.  Doesn't that sound just like a gift that we would be buying for Mark or George or Glenn???? 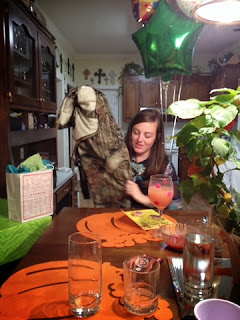 She also got a pair of Hunter Boots . . .and Mark had not seen them before I wrapped them.  When she opened them, he ran down to the basement and brought up his Burly Boots!!  He and Lauren match.  Mark informed us that his only cost only about $40 (they are $69.99 now!! - could his be old?).  He also told her that she needed someone around when she wears them because you can't get them off by yourself!!! 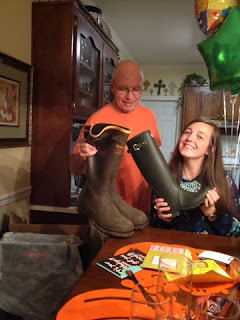 Lauren and I share a love of German Chocolate Cake . . .so for the second year in a row, I made a homemade German Chocolate cake by Mark's momma's recipe.  It is so very good.  The filling between the layers is a to die for mixture of coconut and other yumminess.  The icing is a smooth and delicious chocolate.  This is the only kind of chocolate cake and chocolate icing that I really like . . .as a matter of fact, I have a tendency to eat the filling and the icing and give Mark my cake!! 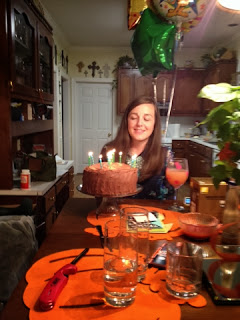 I thought the cake was really pretty!! 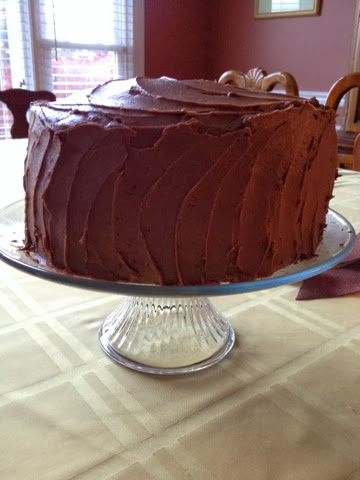 But of course, that was not the end of our celebrating!!  We celebrate all birthdays at Grandmother's house on Sunday . . .every birthday is on Sunday!!! 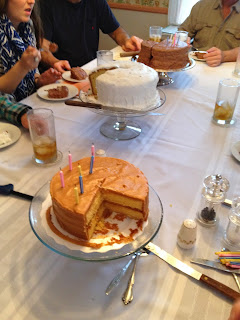 We had not one . . .not two . . .but three birthday cakes.  Mark's momma made German Chocolate cake for Lauren (one was at the first of the month and the other was toward the end!!), pound cake with divinity icing for Glenn . . .and I bought a caramel cake for Laura.  I was supposed to make a funfetti cake (which Mark's momma refuses to make because it is not homemade) but I pooped out.  We had our regular Tuesday night group and then on Thursday night, we had our supper club at our house and by the weekend, I just couldn't make another cake.  Laura loves caramel so I hope she enjoyed it!! 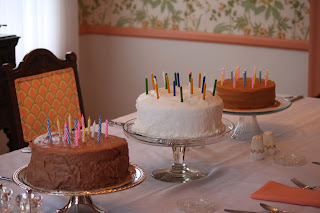 Here is a stack of presents - aren't presents fun??? 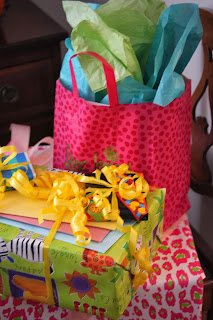 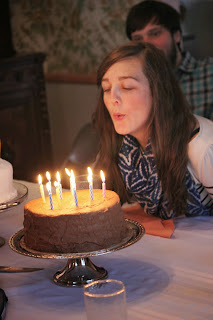 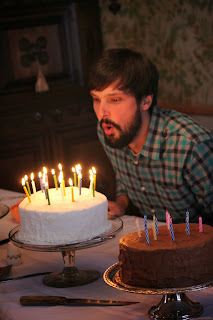 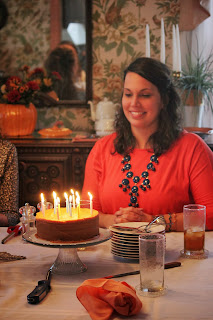 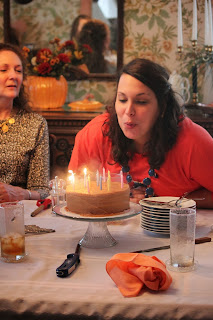 Another year older . . .another year wiser . . .I sure do love all three of them!!  They are special young adults!!! 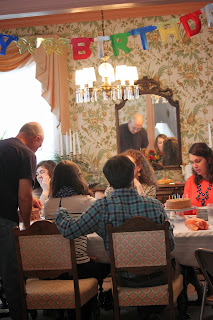 Just had to throw this picture in . . .we've all been trained by the expert to cut a cake . . .if you ever need a lesson, just let me know - hee hee! 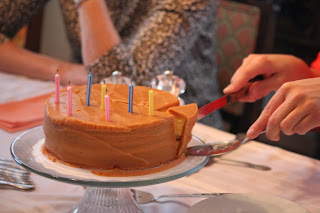 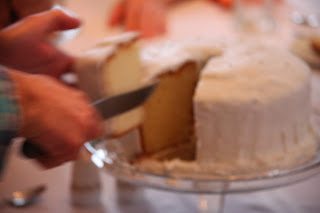 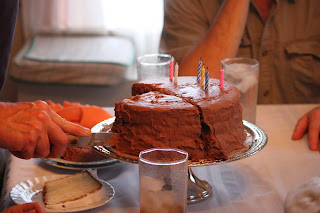