From celebrations . . .to ashes . . .on Saturday, we celebrated with friends . . .and on Tuesday night, we celebrated and studied with the young adults. We had a great evening. I had decorated the tables for Mardi Gras. We had red beans and rice and dirty rice and salad and loaves of french bread. We had lots of decadent dessert. I set up a pancake bar and cooked small pancakes and we served them with chocolate chips and whipped cream and strawberries and blueberries. We had coconut and more whipped cream. Someone brought doughnuts to share and someone else brought Twinkies. We had a large group - 21 young adults plus Mark and me. Great discussion. We love this group of young adults. 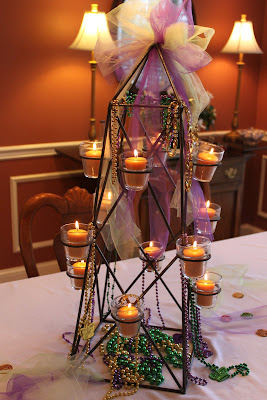 Do you know why they serve pancakes on Fat Tuesday? People used to give up eggs and sugar and fat (and meat . . .) during Lent. On the night before Lent began, they would use up all of those ingredients in their house and make pancakes!! Our friend, Brian who grew up Russian Orthodox (is that right, Lynn? . . .are you reading???) shared with us about the baskets that each family brought to church on Easter (Easter baskets!!). They were filled with all of those items that were given up during Lent - eggs included (Easter eggs!!). They would break their "fasting" from these items and feast on Easter Sunday. You know that I love fun facts to know and tell. 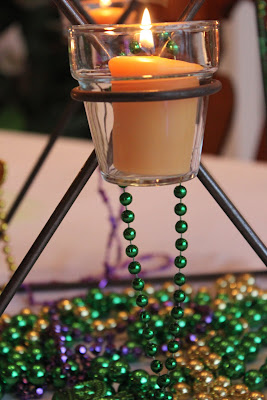 We moved from celebrations to contemplation. Wednesday was Ash Wednesday. I know this sounds crazy but I actually love Ash Wednesday. I love Lent. I think it is the one time in the year where I actually try to focus more on Christ each day and ask him to be at work in me. That sounds terrible . . .surely as a Christian I am doing that all the time . . .and I do, of course, to some extent . . .but not as much as during Lent. Don't laugh at me but I'm giving up Reese cups for Lent (you can laugh if you want to . ..since I can't hear you!). We have a jar (and drawer) full of Reese Cups at work and I have gotten in the habit of eating several every afternoon. I'm trying to replace them with a healthier snack (though today we did all get an ice cream sundae from McDonalds!). I am also taking on a few things which I think is sometimes even more important (for me).
I was honored to serve communion at the Ash Wednesday service. At Trinity, we usually have three groups of servers at the altar rail. A pastor most often serves the bread and we (lay people) serve the wine (juice). I've served a lot of times with Andy and he goes quickly and I am able to keep up. I always tell him that I have on my running shoes. Since it was Ash Wednesday, the plan was different. I served the bread and Haley served the juice and Andy followed with the imposition of ashes. We had a fairly large crowd and I was so worried that we would forget someone and I was trying to move quickly yet still look each person in the eye and say the words, "So and So, this is the body of Christ given for you." Sometimes there is a moment when I look into their eyes and it is almost like an electric shock. The first time that happened to me, I was serving a UM pastor - Bob Gunn - and I asked him about it later. He said that it was the "Christ" in me greeting the "Christ" in him. It has happened many times since then and it is powerful. I often say that serving communion is one of my favorite "perks" of working on a church staff. I can't even put into words how much it means to me.
So, if anyone is reading my blog . . .do you give up something for Lent? Or do you take on something for Lent? Is Ash Wednesday meaningful to you?