Two posts in one day - must be a miracle. I also have pictures from the Mardi Gras party last night so I need to load those so I can write about the fun time! Last Wednesday was a special day - it was the day that Gary was born. We love Gary - he is such a special friend. He doesn't read my blog . . .but if he did, I would say really nice things about him!!!! There are several really fancy restaurants in Birmingham. . .and we haven't been to most of them :-) We have a tendency to go to the tried and true kind of places. So we met Gary and Dona and some of their family at the Fish Market restaurant downtown. Now we live smack dab in the middle of our state and we are about 4 hours or so from the coast . . .but this restaurant has seafood brought up from the coast just about every day. It is right in the middle of the UAB/University Hospital campus area so it is not even in a very pretty location - but the food is good! 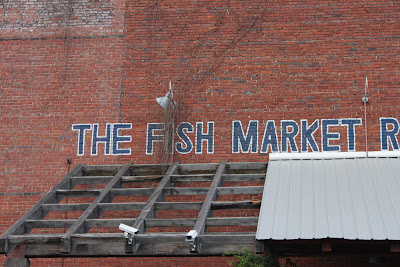 They have worked hard on "prettying up" the outside. There are cool planters and some cool trees (no picture of the trees). 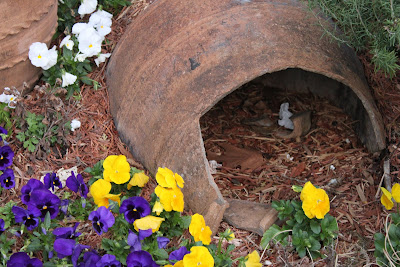 One of my favorite features is below. They have fish "in" in the sidewalk and there are fish cutouts in the light fixtures. Every where you look, there are fish. 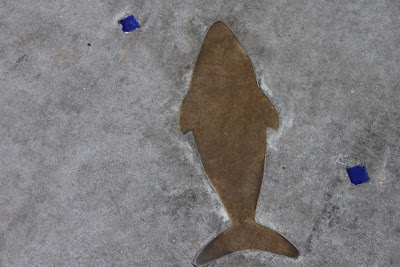 The inside of the restaurant has some cool stuff to look at and every where there are signs that say, "all of this can be yours" . . .or something like that. The point is - if you want it, they will sell it to you!! They have bottles of wine and big tins of olive oil and fish still alive in the tank. 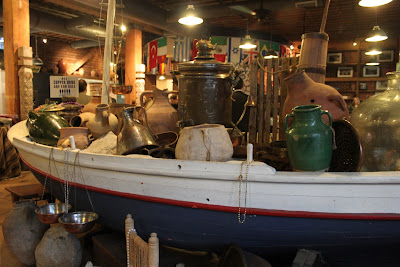 Here is the birthday "boy." 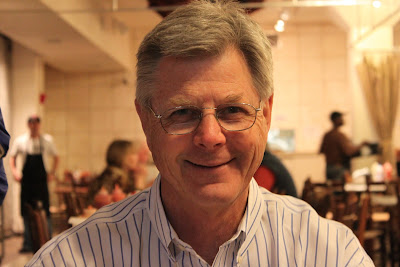 ok - I know that y'all get tired of food pictures. I should have been a food photographer (not that my pictures are that good - simply because I like to take pictures of food!) This was what Dona and Gary both ordered - this is one order!! Dona had sweet potato fries and green beans and trout almondine (trout didn't come from the coast!!) 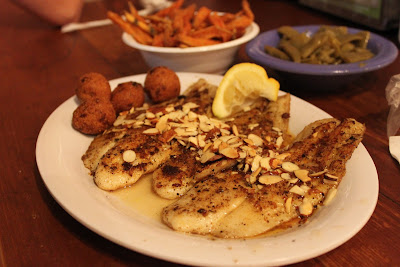 We all laughed at Mark because of what he ordered and then when the waiter brought it to him, we were all saying, "ahhh oooohhh." It was a dish of shrimp and scallops and fresh spinach and chick peas. Those are four ingredients that I would never have put together. It was delicious (he allowed me to taste it). 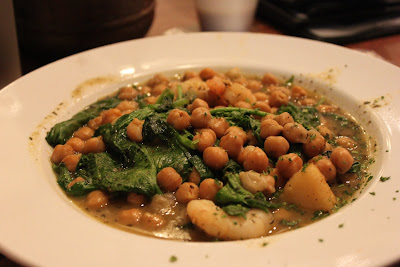 I have no idea what I was thinking when I ordered this. It is jambalaya. I've had jambalaya before in New Orleans. One year we were there on choir tour and the church made giant pots of it and it was delicious. This was not the same. It was good but the problem is that I don't really like cooked tomato products with my seafood. I read the description and it described it perfectly - just like what you see in the picture but in my mind, I was thinking about that big pot in New Orleans. I ate all the shrimp out of the bowl and I mixed the tomato stuff with the rice (I like tomato and rice together). I ate the pieces of andouille sausage - they were yummy and spicy. I left the chunks of chicken. Number one reason is I thought they were chunks of fish . . .number two reason . . .they were "chunks" - not too fond of chunks. 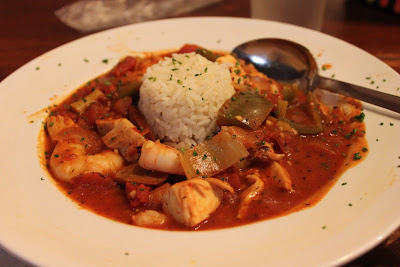 Gary & Dona's grandson, Jackson, joined us for dinner. He had a happy meal from the local McDonald's! 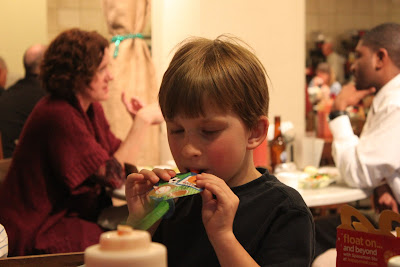 Jackson had been shopping at the dollar store for his granddaddy's birthday. He had a sack full of goodies for him. He had purchased a whole package of party horns. I took a picture of everyone blowing their horns! Silly . . .I know. 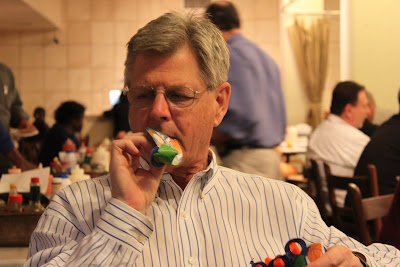 This is their son-in-law, James. 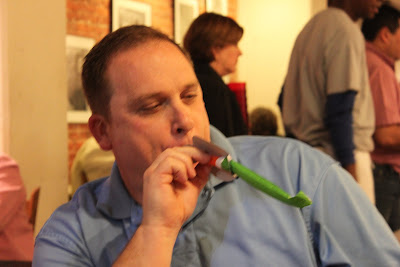 And this is their "cool" grandson who is a teenager. I told him that I was taking his picture and was going to put it on my blog. You see that he wouldn't look at me!! He was way too busy playing (or texting) on his phone. 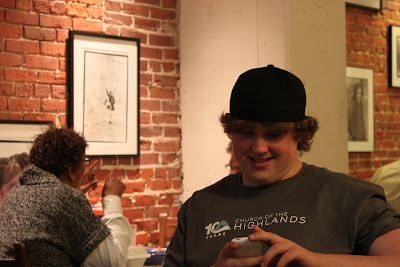 This is Dona, sweet "d" as Gary calls her. She is such a good friend. Pretty granddaughter is with her. I love multi-generational gatherings! 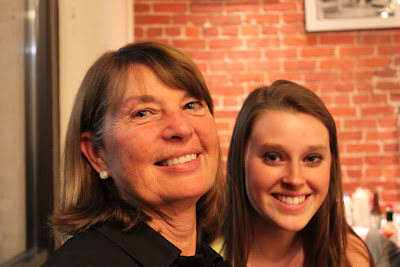 Mark actually snapped two pictures of Dona and me . . .but they were horrible. One was truly horrible of me and one was blurry. I was there. I was hiding behind the camera. 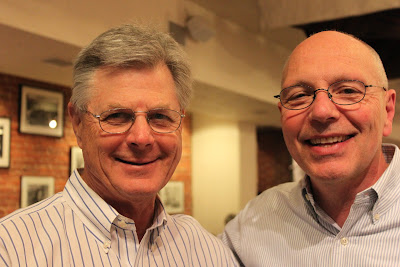 Last but not least . . .Mark and Gary. I think Mark was either talking or laughing so hard at something crazy someone had said. We enjoyed spending the evening with our friends!! Gary - if you were reading this, I would say to you, "Happy birthday and hope you will celebrate many many more . . .and can we always join the party?"
Posted by Lisa at 8:42 AM