See that play on words? Normally, if I write a Monday post, it is a Weekend Review but I have more photos than just a weekend! I hope everyone had a good Thanksgiving!! 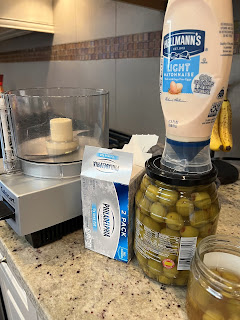 I did more cooking than the above but does anyone else make Cream Cheese and Olives and stuff celery with it for Thanksgiving? It is also really good on toasted bread! 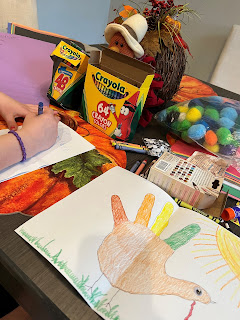 Granddaughter #1 was out of school all week and Pops took her to the climbing place on Wednesday morning and then they came back to the apartment. She wanted to make Thanksgiving cards for everyone who would be at lunch on Thursday . . .so Pops and I helped her make them. I even had some googly eyes and pom poms we could use. 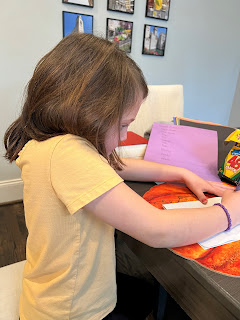 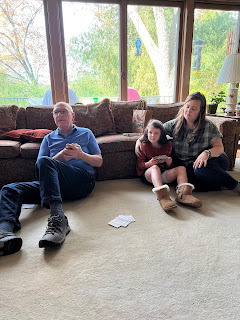 Thanksgiving day found us at my mother--in-law's house. Throughout the weekend, we played lots of  Old Maid! 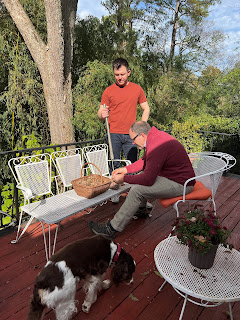 The pecan crop here in our area has been massive and there was lots of "picking up of pecans" along with lots of cracking. We have lots of engineers in the family so of course, they had a long handled pecan cracker. 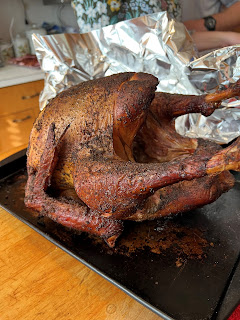 My sister-in-law smoked two turkeys and they were yummy . . .though the turkey is one thing I could do without on Thanksgiving! 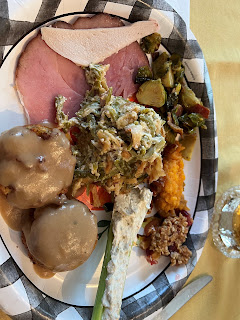 I made a green bean casserole with homemade mushroom sauce instead of cream of mushroom soup. I also roasted brussels sprouts and stuffed the celery. We brought ham and pickles and olives, too. My son made the cranberry apple -- bottom right corner by the celery. One sister-in-law brought sweet potatoes with pecan topping. My favorite part is the dressing and gravy and we make them in muffin pans so everyone gets lots of crusty. 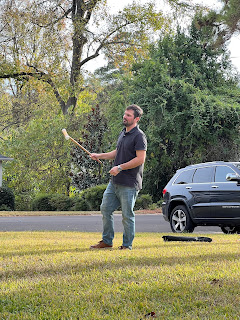 We have a tradition of playing croquet on major holidays if we have enough folks in town. We did! 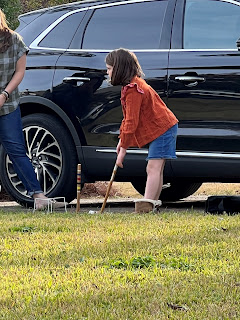 The youngest player was six. Isn't she cute? 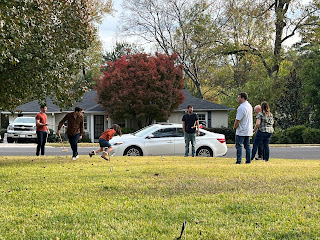 The oldest player was Mark! There is always a lot of cheating going on! 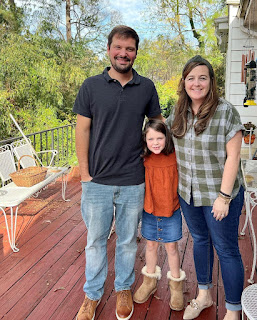 This is my cute son, daughter-in-law, and granddaughter #1. 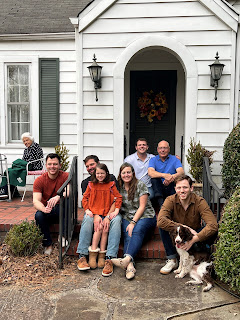 We have pictures of the kids over the years sitting on these same steps. We were missing our daughter, Laura and her husband and daughter and we were missing Grace. 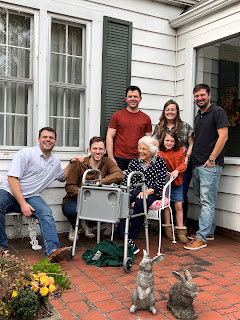 Mark's momma enjoyed sitting on the porch while they played croquet in her yard. 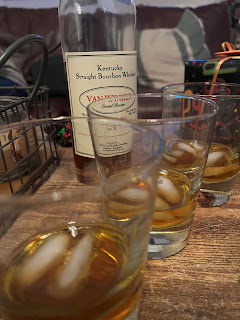 Friday night brought a birthday celebration for son and daughter-in-law who both have November birthdays. They had a toast with our son's Vanwinkle! 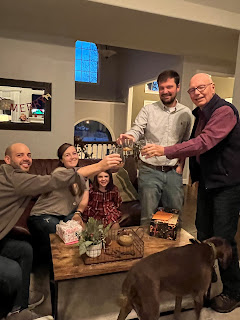 After the toasting, we ate at a local restaurant and enjoyed the food and fellowship! 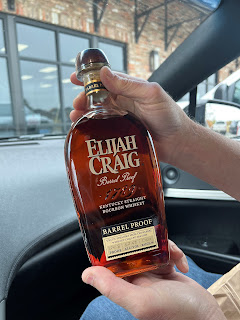 Saturday found us driving an hour and 45 minutes south to visit our daughter, son-in-law, and granddaughter #2 PLUS we got to see their new house. 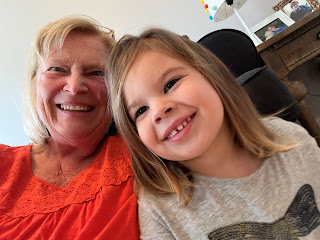 We had a fun time playing! I think it is so cute how this generation of kids -- even at 3 years old -- knows how to take a selfie! 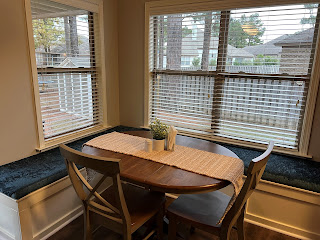 Daughter and I went to Hobby Lobby and bought fabric using her Birthday check from her grandmother. We recovered the cushions on her banquette seating. 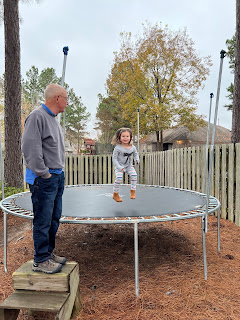 The previous owners left their trampoline so there was jumping going on!
Sunday brought church, working in the Welcome Center, teaching Sunday school, and family lunch along with more Old Maid games!
How was your weekend? Did you eat any new foods? Play any games?