HAVE YOU EVER WONDERED?

Have you ever wondered just how much food it takes to feed about 20 people?  I've been cooking for around 20 people on Tuesday nights for quite a few years now and I've learned a few things!  Here is a picture of 17 or so of those twenty we feed each week! 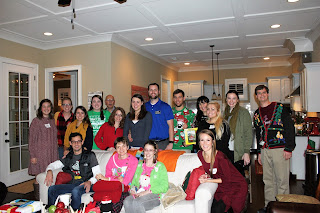 I've learned that they love fresh food (but they will eat just about anything I cook) -- this is FOUR pounds of baby carrots roasted with fresh thyme, olive oil, salt and pepper.  They ate almost all of the four pounds -- maybe a sandwich baggie full of leftovers. 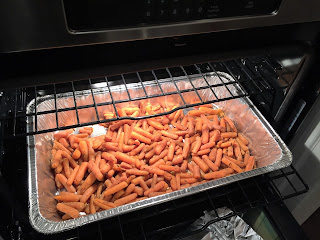 I found a recipe for "make ahead mashed potatoes" that can be reheated for about 3 hours in the crockpot.  The recipe was to feed 10 so I doubled it.  Yes, I cooked 10 pounds of potatoes.  10# for 18 people was too many potatoes (good to know!).  I think I could have used 6-7 pounds and it would have been enough.  I almost always try to have a few left-overs because that is what Mark and I eat on for the rest of the week.  Just FYI - by Thursday night, I'm tired of left-overs!! 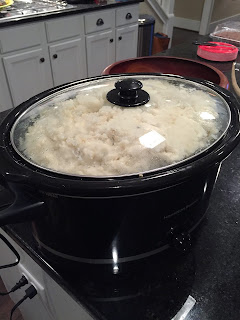 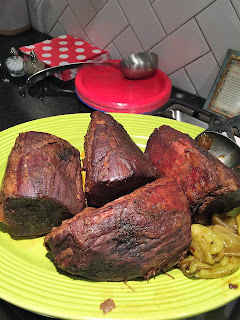 When cooking for a crowd, I usually find the recipes I want to use and double or triple them.  The tricky part is the spices.  I oftentimes have to add the original amount and taste and increase accordingly.  You can usually increase the salt and pepper the same amount (double or triple) but some spices add a bitter flavor, etc. when increased too dramatically.

We also had a big bowl of tossed salad and rolls and dessert.