April A to Z Challenge: Z is for Zippori National Park and Zacchaeus

Z is for Zippori National Park

We didn’t go to Zippori in 2018 (I don’t think!) but we did in 2016. It was the first archeological site we saw – I still had on my dress from the airplane. I was captivated from the beginning! Since 1990, large areas of Zippori have been excavated – they have found unbelievable mosaics on the floor. One of the mosaics is called the “Mona Lisa of the Galilee.” The ancient city is located in the Lower Galilee region of northern Israel and it was described by Josephus Flavius, the Jewish historian, as the “ornament of all Galilee.”
We had flown all night and all day and were exhausted but seeing this site filled me with excitement! 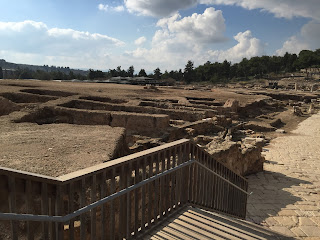 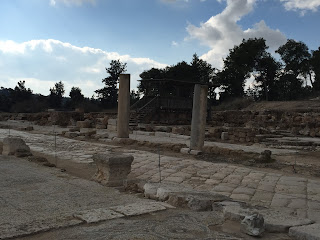 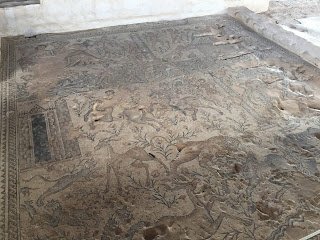 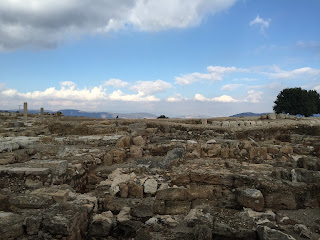 Z is for Zacchaeus

First of all – my apologies! I evidently don’t know how to spell Zaccheus (in my mind!). According to most websites, it is Zacchaeus!

Here are the lyrics for the children’s song – If you grew up in church, you may remember singing this:
Zacchaeus was a wee little man
And a wee little man was he
He climbed up in a sycamore tree
For the Lord he wanted to see
And when the Savior passed that way
He looked up in the tree
And said, “Zacchaeus, you come down!
For I’m going to your house today.”
You may remember that I mentioned Zacchaeus when I talked about Jericho.

Labels: april a to z challenge; z is for zippori; z is for Zacchaeus; 26 days of israel