T is for Toda


Our guides were kind enough to teach us a couple of phrases/words in Hebrew and one of those words is “toda” which means thank you!


T is for Tel Dan


Here I go again telling you that this is a favorite thing we did/place we went but I guess that is what happens when you enjoy a place so much. We didn’t go to Tel Dan in 2016. This was an additional trip that Rafi, our guide, and Brian, our pastor/leader came up with and I am so glad we did it.


Dan was one of the 12 tribes of Israel and this location was discovered in 1849. (date is according to Wikipedia). To the west is the southern part of Mount Lebanon; to the east and north are the Hermon mountains. Melting snow from the Hermon mountains is one of the sources of water for the Jordan River. This water passes through Dan and so the surrounding area is highly fertile. When we were there, it had rained the entire week before and the water was swift moving. It is a gorgeous place plunked right into the middle of an otherwise arid region. 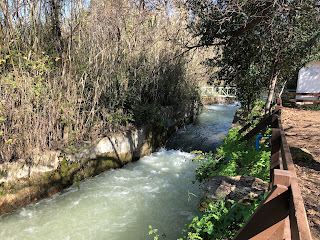 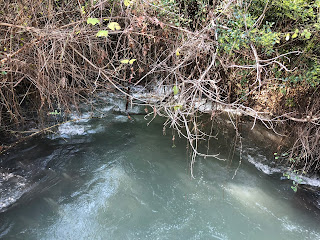 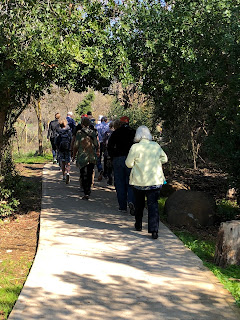 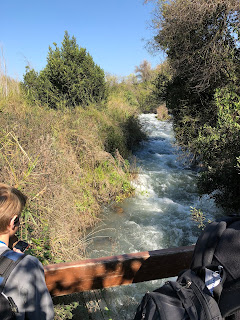 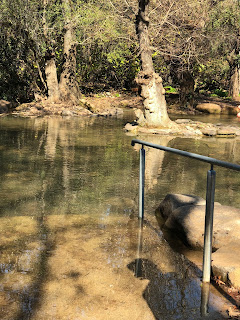 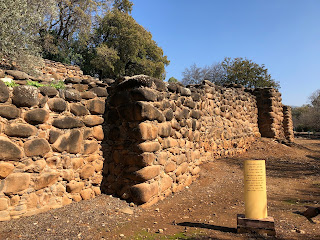 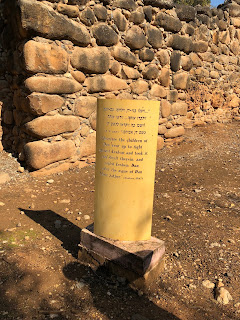 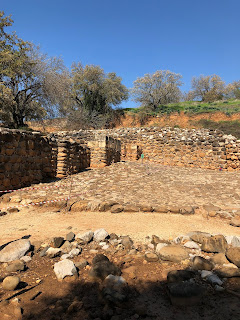 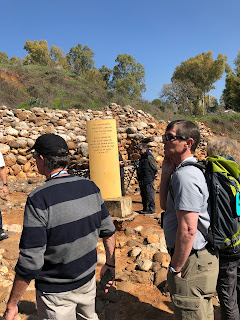 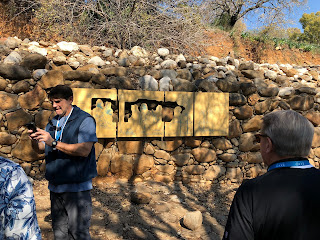 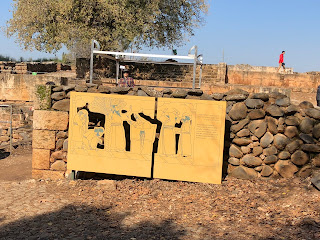 T is for Tabgha


Today must be a day for favorites! T is a good letter. Tabgha is located on the north-western shore of the Sea of Galilee and is best known for Christ’s miraculous multiplication of loaves and fish – the feeding of the multitudes.
Tabgha is at the foot of the Mount of Beatitudes. Tabgha means “seven springs.” The beach here was familiar to Jesus and his disciples.


The church of the Primacy of St. Peter is built in 1934 of black basalt and is where Jesus made his 3rd appearance to the disciples.


Do you remember the story of how the disciples were fishing and had caught nothing and the man on the shore (Jesus) told them to cast on the other side of the boat and they caught 153 fish?  This was at Tabgha.


Jesus cooked breakfast on that beach for the disciples on a charcoal fire and he asked Peter three times, “Peter, do you love me?” Many scholars think that Jesus asked three times to cancel out Peter’s denials (3X) and Peter responded correctly with, “Yes, Lord I love you.” Our pastor tells us that even the charcoal fire is an important detail given – Peter denied Jesus around a charcoal fire and here was that same smell – and Jesus offered such grace to Peter.


In the beautiful garden overlooking the beach is a statue of Jesus symbolically commissioning Peter with his shepherd’s crook. 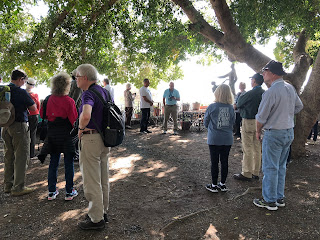 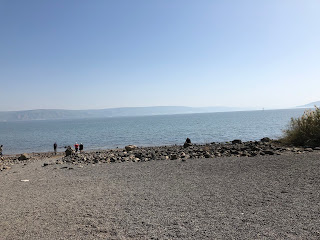 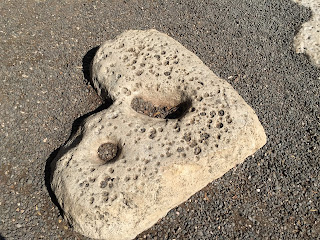 T is for Tiberias


After arriving in Tel Aviv, first stop is Tiberias, a city located on the western shore of the Sea of Galilee. The city was established around 20 CE and it was named in honor of the second emperor of the Roman Empire.


In the gospel of John, you can read: “Then some boats from Tiberias came near the place where they had eaten the bread after the Lord had given thanks.


This trip, I was more adventurous. In 2016, I ventured across the parking lot to some small shops to purchase Coke Zero (no diet pepsi-my fav and no diet coke – BUT yes to Coke Zero to this cold caffeine addicted person). On this trip, some of friends even realized that they could purchase a bottle of wine MUCH cheaper at the store than in the hotel.


There is a board walk beside and behind the hotel that I had no idea existed but I wandered up and down it several times on this trip.


We stayed at the Caeser hotel and it is quite nice with good food and teeny tiny balconies off the rooms (where I watched the fireworks).


The funny thing is that both years, it was WARM when we were in Tiberias and you can’t turn on the air conditioners in the room because it is actually winter and they only have heat available (believe me, I asked at the front desk). We left our door open pretty much 24/7 and had the breeze from the Sea of Galilee. 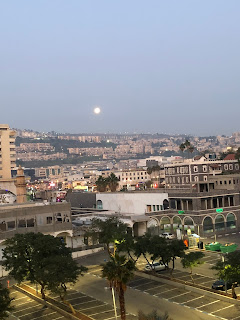 T is for Teaching Steps

Here is another favorite. I should be embarrassed that I keep saying that but for some reason, I’m not! 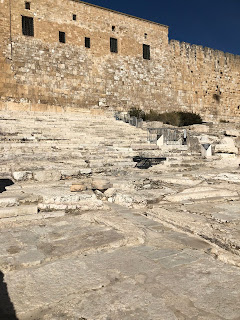