April A to Z Challenge -- M is for Masada, Meggido, and too Many

M is for Masada


The story of Masada was recorded by Josephus Flavius, who was the commander of the Galilee during the Great Revolt and later surrendered to the Romans. According to Josephus, the first fortress at Masada was built by “Jonathan the High Priest” – 103-76 BCE. Herod, who ruled from 37 BCE to 4 BCE, was well aware of the strategic advantages of Masada. He cdhose the site as a refuge against his enemies and as a winter palace. During his time, not only were luxurious palaces built but he has had well-stocked storerooms, cisterns, and all sorts of interesting things! According to the National Park of Masada brochure, after the death of Herod and the annexation of Judea to the Roman Empire in 6CE, the Romans stationed a garrison at Masada. Then the Sicarii took over. At one point the group was varied who lived there including Essenes and Samaritans.
Jumping ahead in history, according to Josephus, Masada was the last rebel stronghold in Judea in 73 or 74 AD. The Roman tenth Legion, led by Flavius Silva, laid siege to the mountain. The siege lasted months and included fires and battering the walls. As Josephus describes it, after three years of hanging on with all they had, when the hope of the rebels dwindled, Eleaszar Ben Yair gave two speeches in which he convinced the leaders of the 960 members of the community that it would be better to take their own lives and the lives of their families than to live in shame and humiliation as Roman slaves. According to Josephus, two women and five children who had been hiding the cisterns on the mountaintop told the Romans what had happened that night, on the 15th of Nissan, the first day of Passover. They were all dead except for the 2 women and 5 children!! The Romans found ample storerooms to show that it was not lack of provisions that caused the surrender.


So to get to this amazing place, you take a cable car up the mountain or you can climb the Snake Path. Guess which we did? When we were there in 2016, several of our group, including our senior pastor, walked down. He wanted to walk up this time and they wouldn't allow it. 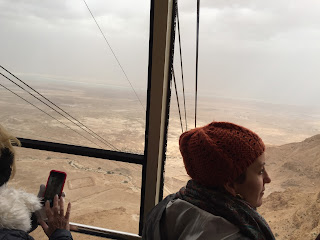 It is a truly spectacular place near the shore of the Dead Sea rising 1300 feet above the Dead Sea.


The water system was so impressive – Herod built a system that included dams that diverted floodwater to channels leading to 12 cisterns hewn into the slope. The cisterns could hold an amazing 40,000 cubic meters of Water.

There was a Roman bath house with an unbelievable heating system. 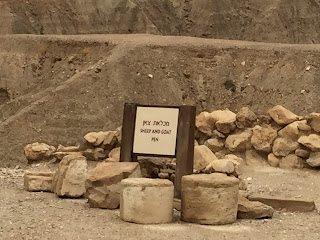 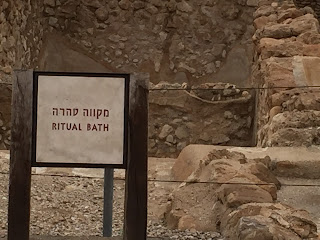 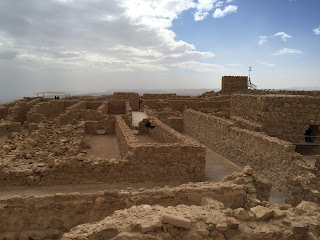 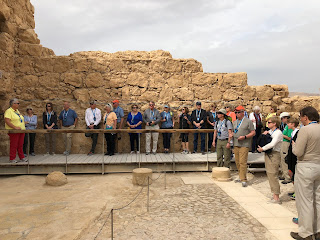 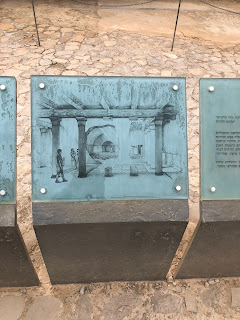 There are gorgeous mosaics that have been uncovered.


M is for Megiddo


I really love both Masada and Megiddo – I think one reason is because when I was a little girl, I thought I wanted to be an archeologist so I’m just fascinated by the ruins. I love learning about  how those who came before me lived. 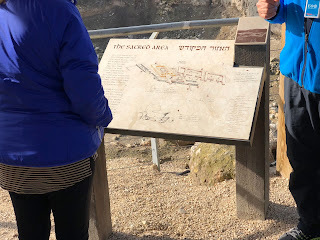 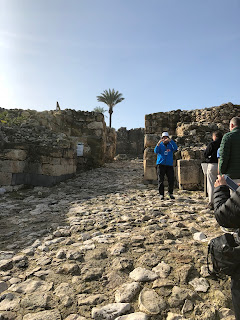 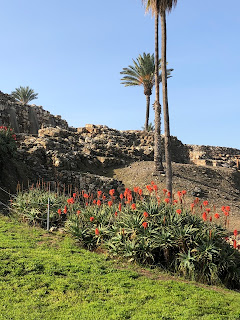 At Megiddo, they have dug out the mountain and there are about 25 layers they have uncovered which means city after city after city has been built on top of each other. The oldest city dates back to 4000 BC – you read that correctly – 4000 BC!!


This is one of the most interested facts – Megiddo has been identified as Armageddon, where the final battle between the forces of good and evil will take place. I actually brought my future son-in-law a rock from Meggido because I thought he would think that was interesting!!


On the site itself, you can see the stepped water shaft and tunnel buildt during the days of Ahab; the Canaanite temple ruins, the stables originally thought to have been built by Solomon but have not been proved to house Ahab’s 2000 horses!! There are palace ruins, storehouses, walls, gates, and private houses. 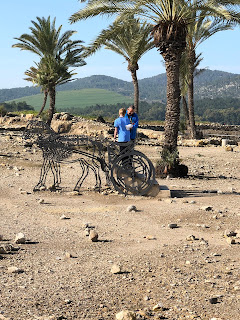 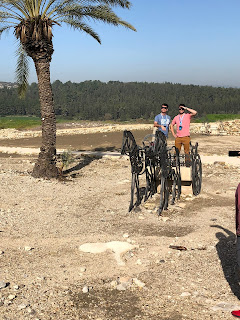 This is not a letter where I’m struggling to find things to talk about. I’ll tell you about one more but there are actually other “M”’s I could tell you about.  I’m thinking about doing eXtra for X so maybe I’ll pick up some then.


M is for Mount of Beatitudes


Straight out of my tour guide book, “Between Tabgha (will talk about on T day)_ and Capernaum, on a slight rise, is the Mount of the Beatitudes, where Jesus preached the Sermon the Mount. Remains of a small Byzantine church were discovered here in 1935, but the Franciscans chose to rebuild the modern church of the Beatitudes on the hill top, not on top of the ancient chapel.


The church is built in an octagonal shape and there are eight blessings which are inscribed on the walls of the octagon, with the ninth inside the dome. 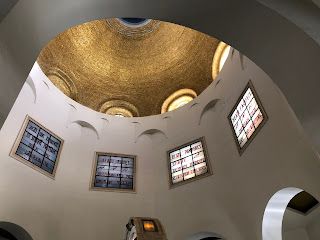 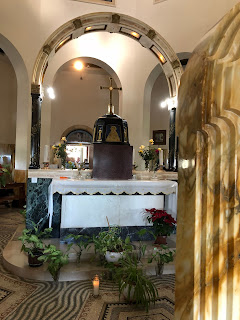 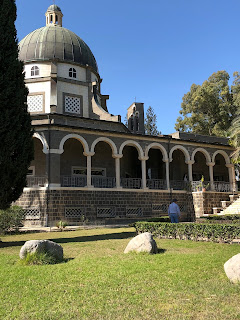 The grounds are well kept and lovely. I hope I still have the picture – there is a water feature that has the passage of scripture about "Let anyone who is thirsty" and then the sign says “water not for drink!!” I think this is so funny! 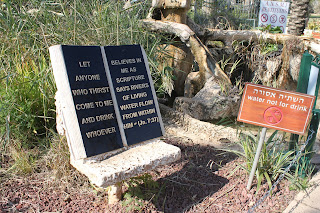 Hope you will come back and visit on Monday -- we take Sunday off during April A to Z Challenge - thank you so much if you have visited. For some reason, my blog won't allow me to comment back to each comment (operator error, perhaps??). I've tried to visit your blog if you've visited or email you if there is an email address. Thank you! Thank you! Thank you!
Posted by Lisa at 3:29 PM