This is embarrassing . . .I can't believe that I am still writing about stuff back in 2012 . . .but I am and so be it. This is where I am and there will probably be a few more of these posts. Our New Year's Eve party was such fun this year. I love decorating for the party. 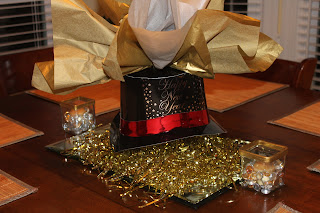 I bought the new little trees for the mantle this year to use with Santas at Christmas (post to come soon I'm sure!!) and I was able to leave them up for New Year's with just a few other decoration changes. 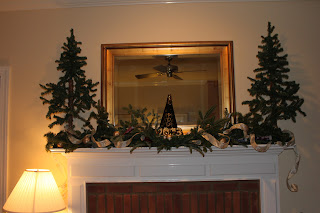 I got on the bandwagon of "prop photos" and made up a bunch of cute disguises using my silhouette cameo.  I had so much fun!!  We had crowns and hats and lips and mustaches and glasses of all colors. 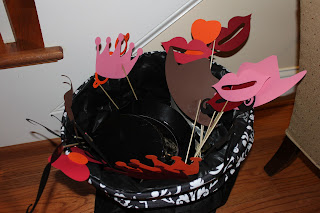 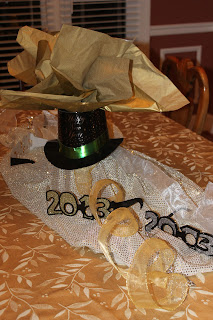 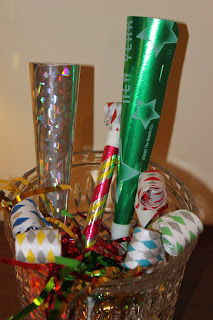 I used my same live wreath on the front door - just changed out the bow and added a pair of 2013 glasses purchased at Walmart. 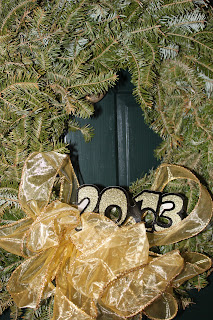 Lynn and Phella were my first ones to convince . . .oh I forgot - I also made bowties in honor of Nathan!! 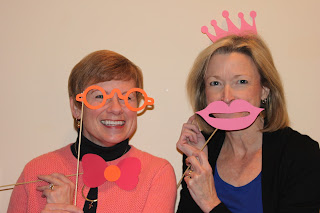 I thought this picutre turned out pretty cute!! 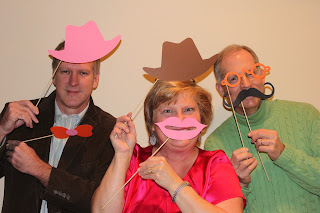 Aren't these girls cute?  They are in disguise!! 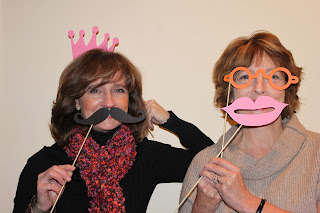 I knew that Kyle and Lynn would probably agree because they love theater stuff!!!  Yes, they were indeed good sports!!! 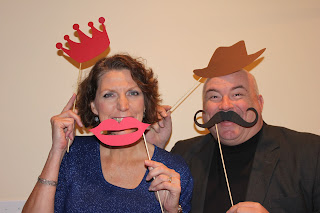 This year's party was extra fun because we  had a wonderful mix of ages . .. some young . . some not so young! 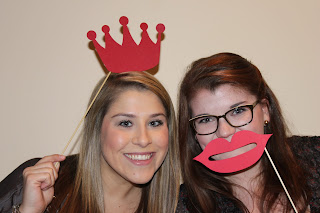 Folks always tend to gather around the appetizer table. 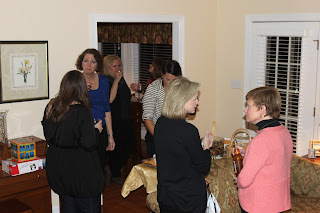 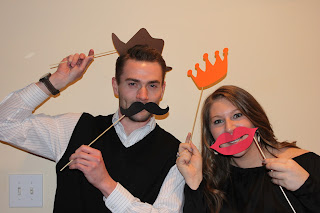 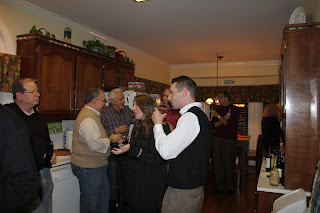 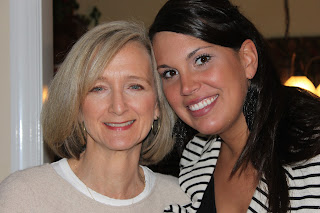 We even had some REALLY young!!  Henry was fascinated by the giant tub of disguises!!  I love how big the mustache looks against his young face!!!! 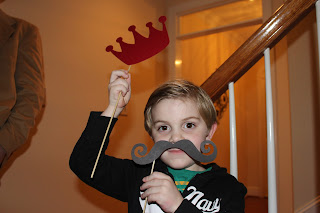 Mark always has his picture taken with some of the pretty ladies.  He and Donna are smiling!! 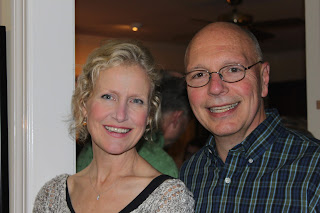 This group seems to be enjoying gumbo and conversation!! 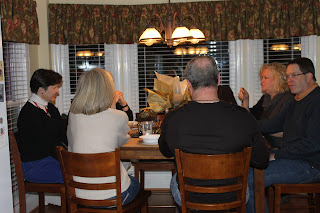 Nathan and Kameron and Henry and Amelia all look so cute!! 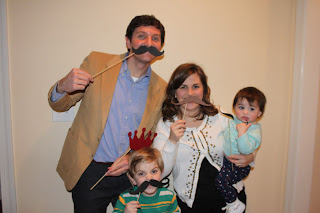 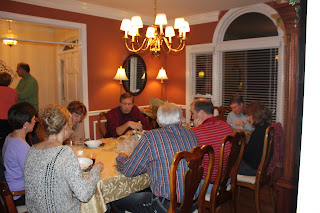 I asked folks to bring games so that we MIGHT make it to midnight.  Someone brought a game by the name of "headbands" and a group of ladies played in the dining room.  The game was funny and the ladies were even funnier.  I have decided the best way to make a game fun is to keep the wine flowing!! 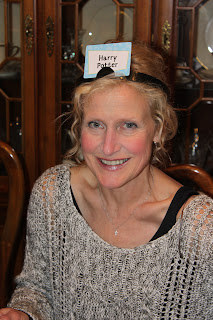 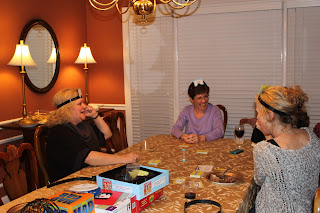 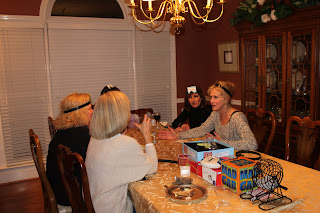 These guys look like they are discussing a serious matter!! 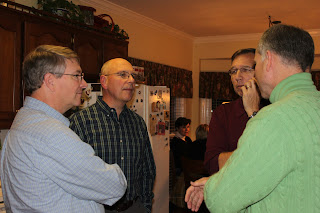 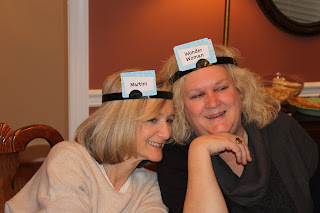 Well . .. the group didn't make it until midnight but we actually did while we were cleaning up.  It was a wonderful way to start the new year.  We are so incredibly blessed with good friends.

Maybe I will catch up soon with my blogging.  I'm sure that I actually have some sort of important thoughts running around in this head of mine. hahahahaha!!  Actually, I do.  This is Lent and I've been doing some reflection . . .but that is for another day and another post.
Posted by Lisa at 10:04 AM