Way back in 2019, we booked and paid for a trip in June of 2020, "The Best of Italy." We all know what happened in 2020. Our world shut down. We had been in Israel during the first half of Februry and were home only a couple of weeks before the world began to close. We assumed it would be for just a couple of weeks but as the days wore on, we received notice that our trip was cancelled. It was rescheduled for June of 2022.

So on June 20, we loaded our suitcases into my car, stopped at our friend's house, and headed to the Birmingham airport. Our friend took my car back to her driveway for the 14 days we would be gone.

If any of you have traveled with a group before, you know that your plane touches down, you grab your luggage, you meet up with your tour guide, you get on a bus, and you go see something . . .even though you haven't been to bed and there is a 7 hour time difference. They try hard to keep everyone awake until dinner time so you can adjust quickly. I never seem to have that much trouble adjusting when I arrive . . .but jet lag when I get home is very real.

Our first stop was the Basilica of Saint Paul Outside the Walls. We grabbed a sandwich in the little cafe - our first "Italian" food. 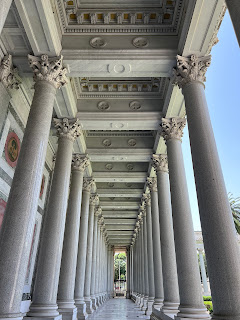 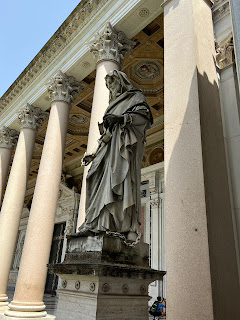 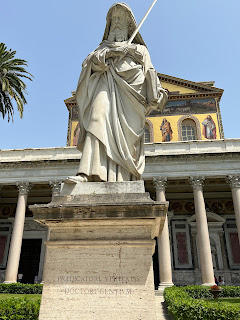 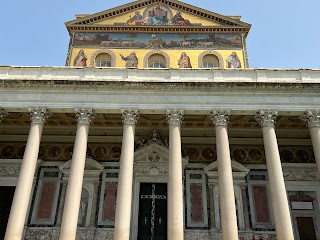 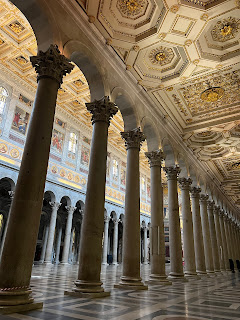 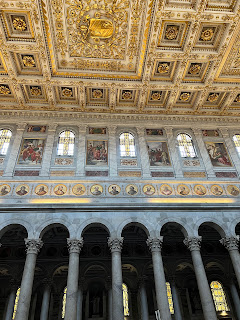 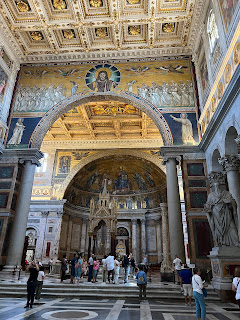 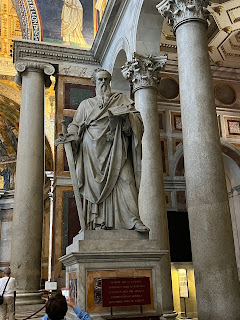 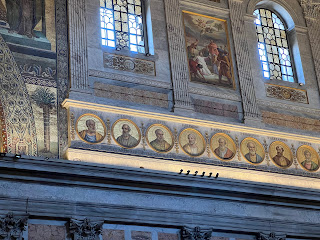 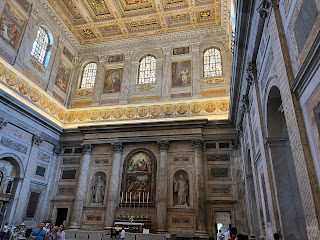 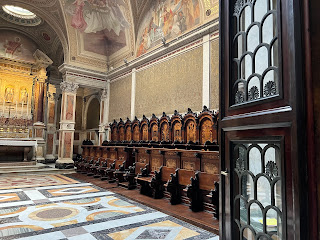 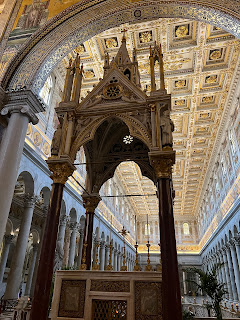 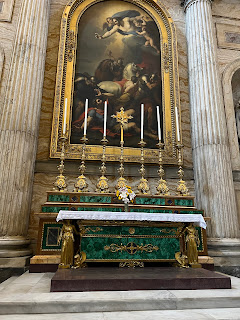 We walked around the Basilica which stands over the place where Emperor Canstantine built the first church over the grave of Paul, the Apostle.

We hopped back on the bus and headed to the Catacombs -- Catacombe San Callisto. Several people have asked about my favorite part of the trip. This was one of my favorite parts. A young monk was our tour guide. We couldn't take any photos but it was amazing to think of those early Christians having "church" underneath the ground . . .and to think of all those who had been buried there . . .all of those who have gone before us. 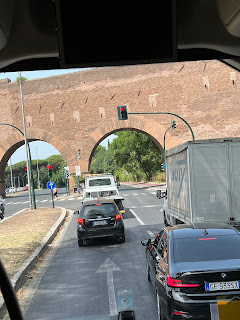 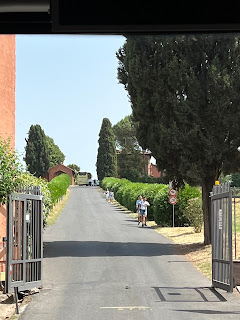 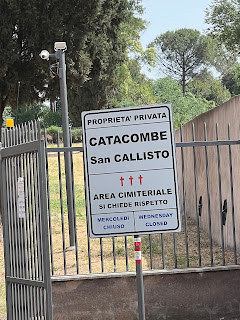 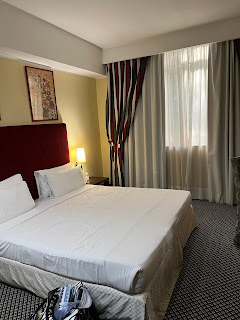 After dinner, Mark and I walked to the little town to see if I could grab a diet coke or two for the next day. Everything closes up early! There wasn't a single store open but we did see a little Pizzeria and popped in. They had Coke Zero and beer. The young man spoke English well and said he was originally from Bangladesh.

We headed back to the hotel and crashed!