Welcome to my April A-Z blog posts. I’ll be sharing about my recent trip to Israel.


A is for Airplanes and Tel Aviv and Avocados! 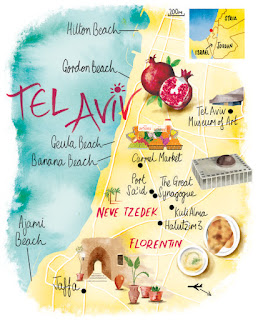 A is for Airplanes


Our flights were crazy. We flew from Birmingham to Houston to Newark to Tel Aviv. 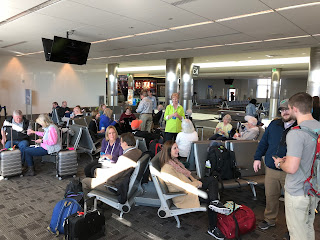 We spent a lot of time in airports and on airplanes!  Our return trip was Tel Aviv to Chicago (with a SIX HOUR layover). There was a huge snow storm arriving in Chicago later that night and I was so glad we were able to fly on home. I wish that we could have spent a little time in Tel Aviv but that was not to be.


The flight from Newark to Tel Aviv takes about 10 ½ hours and the flight from Tel Aviv to Newark takes about 12 hours. When I went to Israel in 2014, that was the first time I had ever flown continuously for such a long period of time. The airplane is large with many seats and you actually receive a couple of meals while in flight. 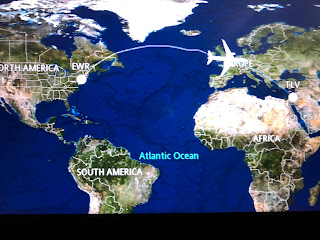 The flight to and from Tel Aviv is usually full and it is always interesting to find out new things about your seat mates. I sat with a young man who has a start up company (Israel is the largest place for start ups!). I asked him what he thought the differences were in the US and in Israel because he told me that he had lived in the US for six years. His response was quite interesting – he said that our thoughts, as Americans, about freedoms – especially personal freedom – is a totally different thought process than an Israeli citizen might have.


On the flight home, I sat with an older lady and her husband and I had the window seat so I had to climb over them several times. She was quite vocal about her political views.


Tel Aviv
The airport in Tel Aviv is the Ben Guiron airport and it is a large airport and actually quite pretty in spots. There are quite a few security checkpoints you have to go through before you can board your plane. 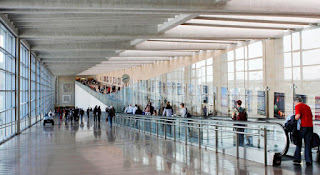 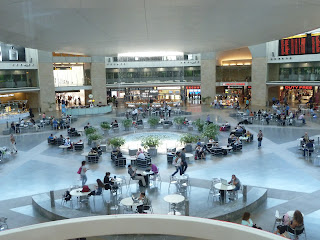 Avocados
Now why in the world do I have avocados? Did you know that Israel grows about 100,000 tons of avocados? About 70% of those are exported. (these are figures from 2016 so I imagine the number is even larger now.) They served avocados at breakfast and they were indeed some of the best avocados I have ever eaten. They were so yummy with scrambled eggs!! 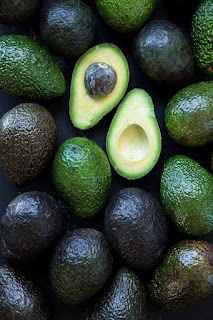 Have you ever been to Tel Aviv? What is the longest flight you have ever travelled? Do you like avocados?