I just googled "Messing and Smearing" and found some interesting things - some parts of the country say, "Messing and Gomming" . . .I've never heard that one!  Sometimes when I call my sweet MIL and ask, "what are you doing?" she responds with, "Messing and Smearing" or something like that.  Seems like her expression and the one I found when googling are similar in meaning - means doing a lot of nothing . . .doing stuff without any results . . .doing a little of this and a little of that.

What does that have to do with this blog post?  I just thought of that expression when I was looking at all of these pictures - a little of this and a little of that.

While I had all of the supplies out, I made a monogram for Lauren's (DIL) cup.  It is not perfect and I can change it out for her at some point in time. 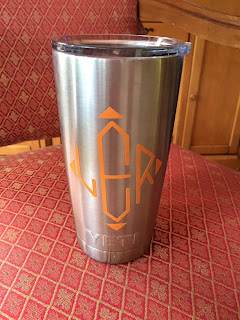 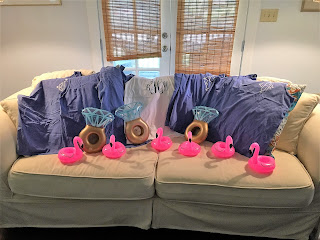 I have also "created" a new recipe.  I've named the recipe - "Salsa Chicken in the Crockpot" - very original, right?
Spray crockpot with Pam.
Add 1 1/2 pounds of chicken breasts (boneless, skinless)
Add a couple of tablespoons of taco seasoning
slice an onion and throw that in the crockpot (you could add peppers, too)
Add a can of drained corn (I normally use shoepeg but I evidently only had yellow that day)
Add a can of drained black beans
Add a 16 ounce jar of salsa (I used Pace mild)
Add a tablespoon or so of Hidden Valley Dry Ranch Dressing
Cook on low all day while at work

When I got home, I shredded the chicken (while still in the crockpot) with two forks and mixed it all together.  It is delicious all by itself or on a baked potato or rolled up in a tortilla. 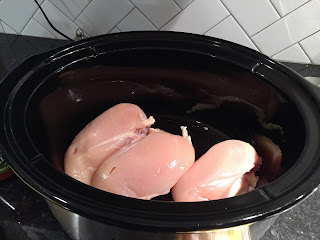 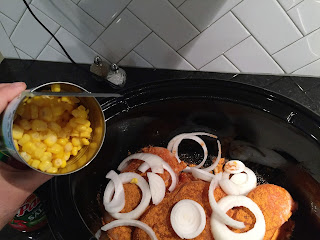 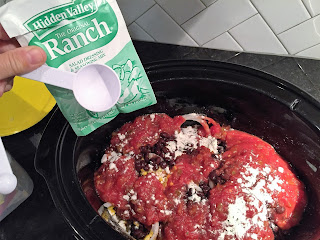 I get the wife of the year award.  For Father's Day, I bought a bottle of Pappy - Old Rip Van Winkle for Mark.  BEST. GIFT. EVER.  I was so excited about the gift that I gave it to him a week early.  Every time he walked through the kitchen, he gave me a kiss (not like him!) 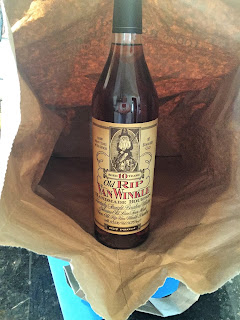 Oh look . . .here is some of that chicken mixture on my baked potato with a little low fat cheese and some low fat sour cream.  YUMMY!! 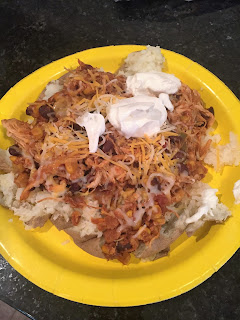 I've also been working on a banner for a bridal shower.  I'll show you the banner after this weekend.  I took pictures of the paper because I needed extra sheets and had to go back to the store.  I swear I don't know what I did before Iphones. 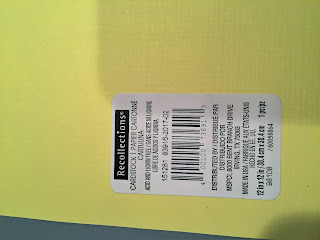 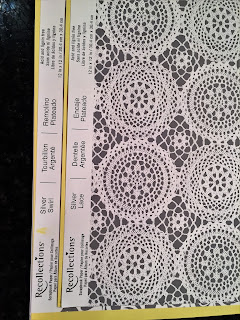 Did your family use the expression "messin' and smearin'"?  Does your family have other funny expressions?
What have you been up to lately?  (now I have the tune for "What Have You Done for Me Lately" stuck in my head!)